Secure your spot and get started today with our EXCLUSIVE offer!

By opting into the web form above you are providing consent for Rock Solid Martial Arts to send you periodic text messages. Standard rates may apply. You can reply HELP at anytime or learn more. You may opt-out anytime by replying STOP.
ACCESS OUR SCHEDULE
& EXCLUSIVE WEB SPECIAL

Secure your spot and get started today with our EXCLUSIVE offer!

By opting into the web form above you are providing consent for Rock Solid Martial Arts to send you periodic text messages. Standard rates may apply. You can reply HELP at anytime or learn more. You may opt-out anytime by replying STOP.

Great staff that patiently guides and encourages you every step, movement, sequence.

Thank you so much Shayne Simpsons for all the great classes and instructors! Our whole family has been coming here for about 4 years and we love it! We do kenpo, BJJ, Muay Thai and MMA and we love it all! We also really love the family atmosphere and community!

More people are hitting the bag than ever before. Find out what makes fitness kickboxing such an amazing workout. 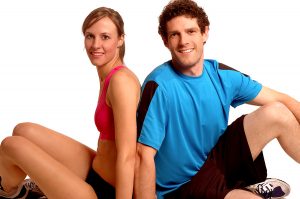 Combining martial arts techniques and heart-pumping cardio, kickboxing is a high-energy workout that is guaranteed to burn calories and fat.

The cardio-conditioning element of kickboxing is one of the most effective ways to burn fat-especially that stubborn belly fat that’s associated with an increased risk of heart disease, diabetes and some types of cancer. A study published in the American Journal of Physiology found aerobic exercise to be better at reducing belly fat than resistance training, by burning an average of 67 percent more calories. 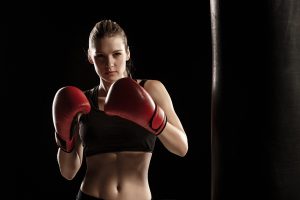 “There’s a large toning component to kickboxing because it forces you to engage all the muscle groups in your body,” says Shayne.

By using kickboxing pads, as opposed to simply air boxing, you’ll burn even more calories. “You’ll also work your back and trim your waist because each move requires a lot of core power behind it,” she says.

Engaging your core will also ultimately improve co-ordination, while the constant movement in kickboxing improves flexibility and reflexes. 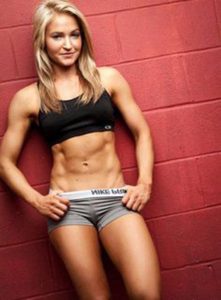 While the majority of People are turning to kickboxing for the physical workout, the self-defense aspect is a perk for many people, says Shayne. “We teach it with an emphasis on ‘this is why you’re learning this,’ ‘this is what you would use this for.’ It’s important for people to know why they’re doing certain moves and engaging certain parts of their body,” He says.

Having the ability to protect yourself is a valuable asset and it’s empowering to know that if you were in a dangerous situation, you have the knowledge to help get yourself out of it safely. 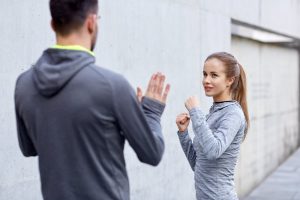 4. Take out stress and aggression

Sometimes the best way to release stress after a hard day at work is not a cold beer, but some intense physical activity. Kickboxing offers a healthy way to get out some of the day’s frustrations out of your system, which will also help you get a better night’s sleep and improve mental clarity.

“It’s an excellent release to be able to beat up your boss on the pads,” says Shayne. “Boxing also increases the release of endorphins, which can diminish with stress.”

The group atmosphere of kickboxing is even more effective in releasing endorphins. While any type of vigorous activity will release these feel-good chemicals, group exercise enhances their impact, according to researchers from the Institute of Cognitive and Evolutionary Anthropology in Oxford, England. 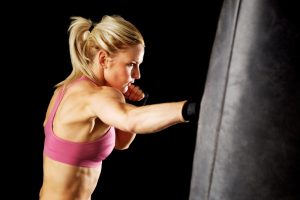 There’s nothing sexier than being able to kick some butt, and look great doing it. The intensity of kickboxing means you’ll see improvements and results quickly. “When you’re putting yourself through a program that does really challenge you and you finish it-that alone boosts confidence dramatically because you’ve accomplished something and that’s something to be proud of,” says Shayne. 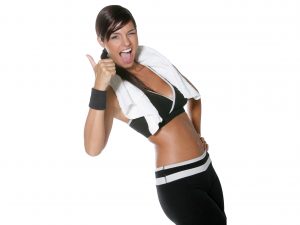